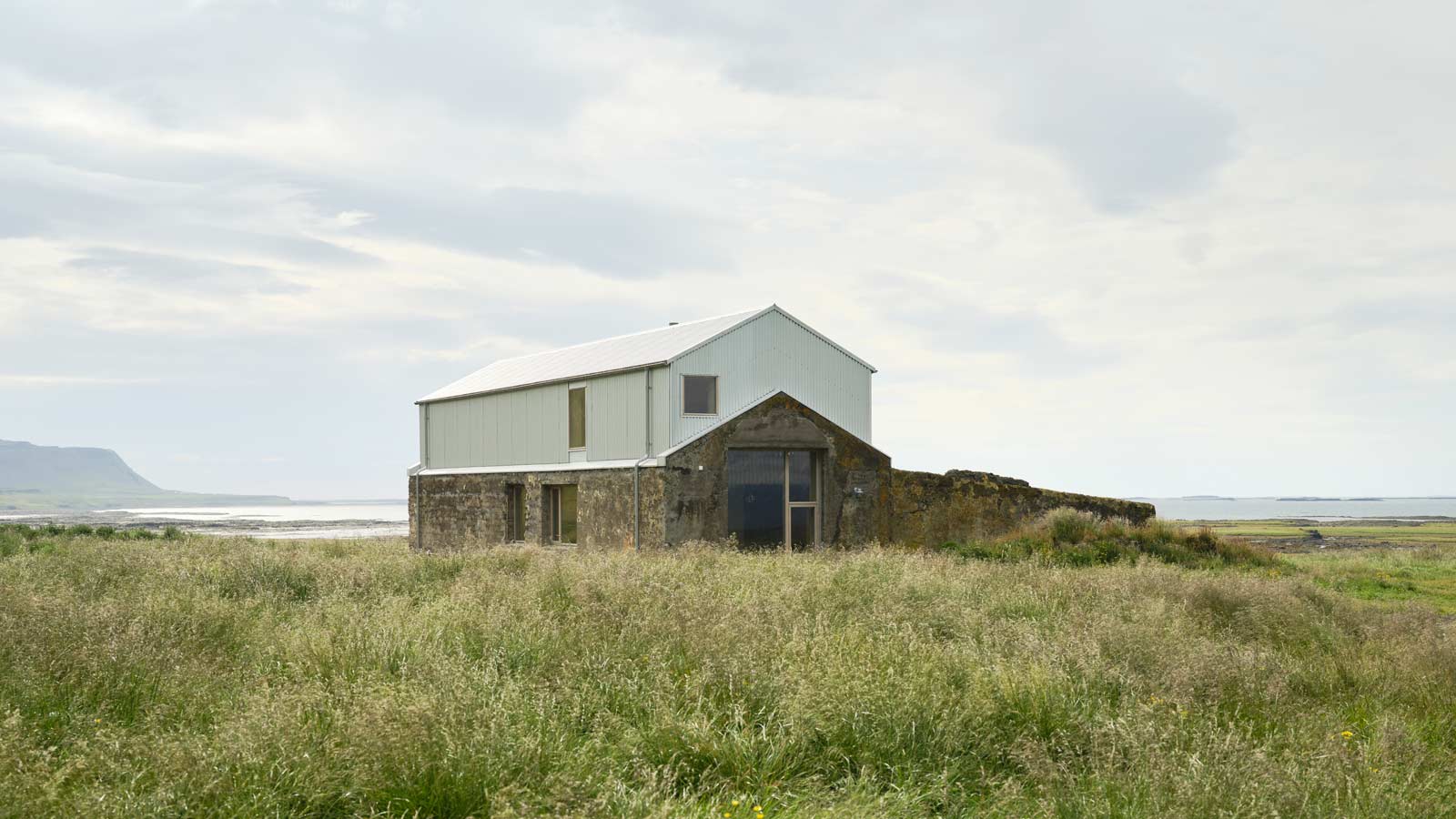 Mark Smyth runs design practice Studio Bua together with Sigrún Sumarliðadóttir, having met during their architecture studies at TU Delft in Holland. They chose the name Bua because it means inhabit, in Sigrun’s mother tongue, Icelandic, and Studio to indicate their holistic, finely crafted approach, taking care of every detail from project management to interior design. Their work ranges from elegant Chelsea town house extensions to the renovation of an Icelandic farmhouse and cultural centre.

What got you into architecture – I read somewhere you said you were good at art, enjoyed maths and physics, but someone must have suggested or encouraged you towards architecture.

Yes, I had an art teacher at school, weirdly, called Kate Bush, and my parents weren’t so keen on my doing A’level art, because it hadn’t occurred to them it could be useful and make money. But she was really encouraging, and even got me work experience at an architecture office in Belfast. Everyone there told me not to do it, so perversely I went for it.

You did your first chunk of architecture education at Glasgow School of Art – a legendary art school in a great, Scottish city.

Yes, I spent four years there. It felt enormous when I moved there from an upbringing in rural Northern Ireland – the middle of nowhere really – it was a bit of a change of scenery, though I had been to school in Belfast. My parents had a plant nursery, growing shrubs and small trees. So I think I was trying to run in the opposite direction from that.

I then came to London to do my part 1 (apprenticeship) and ended up staying a couple of years because I was having too much fun to think about going back to university. I was looking to study at the Bartlett, or one of the London universities, but then I saw how much that would cost, and discovered I could go to Europe, pay less in fees and the facilities there are amazing. But there’s not much to do in Delft, so it was very good for studying. Most of my friends were living in Rotterdam or the Hague.

How did you find your first clients?

Sigrún was the connection with Iceland. We did a small project for one of her relatives, which was a guesthouse. When we had an opening there we met an artist, Gudrun Kristjansdottir, who’d just bought the farm next door. From that we did the artist’s studio, which has turned out to be a key commission for us, and we’ve had a lot of press from that. It photographs beautifully, and she was a fantastic client, really fun to work with her, experimenting with paint colours and finding things in the landscape to work with.

What kinds of things in the landscape?

Oh, like seaweeds and specific grasses. The kitchen is like a really dark, reddish brown colour, which is similar to the seaweed that washes up on the beach, and we’re drawing out pale greens and blue-ish colours from the landscape around. The building material is probably considered quite rural – corrugated aluminium. But they have such extreme weather there, it’s about the only thing you can build with and not end up with leaks. We’ve treated it so that it is quite reflective, and it picks up the colour of the sky, so in the winter it’s white, like the snow.

As for London, I worked at the Manser Practice for 10 years, and they’ve been kind enough to introduce me to clients where the project is too small for them. From that initial helping hand, those clients have recommended us to their friends.

So the work has arisen quite organically – from word of mouth and personal contacts.

Yes, there’s a project we’re working on in Wiltshire, a listed stone cottage we’re extending, which came through doing the client’s London house – a Chelsea town house that’s on our website. They have got a pretty fabulous art collection, and part of the brief was to think about where key pieces of art were going. We’ve been working with three or four pieces that need to be immediately embedded in the design. We’ve been thinking of integrating stone plinths into the frame so that it doesn’t feel added on afterwards. We’ll be working with local stonemasons so the bottom part of the house will be in a rough, limestone rubble to match the cottage and there’ll be a second storey in a really smooth ashlar. It will be a minimalist pavilion on top of this rough stone base. That’s been really fun to work on, making it look like local vernacular materials and working with local craftspeople to get the details right, just as we did in Iceland.

It must make you feel like you’re doing something right when the same people keep wanting to work with you.

Yes, hopefully. This year is the first we’ve had a couple of enquiries just from press. That’s a very different experience. You feel like you’re auditioning rather than being approached. It’s always nice to get a referral, because you know that they like your work, and you’re not trying to explain your style.

How do you explain it to people who haven’t visited one of your projects?

It depends on the context. If you look at the projects they vary quite widely. We’ve got one in Hertfordshire which looks quite similar to Icelandic projects because of the rural setting. But we’re working on heritage and listed buildings in the centre of London where that aesthetic would be completely inappropriate. We really like working on heritage projects, combining traditional detailing with some modern elements.

Where do you go to when you need inspiration?

I love the British museum. I’ll go there and pick a floor and spend hours there, and it gets you completely out of your context. It is the plunder from every culture in the world, but I also love the Sir John Soane Museum. That’s pretty special, in how they use space and the amount of artefacts. It’s a treasure chest. I find that really inspiring. Actually they do a candlelit evening that’s really magical because you lose the edges of the room and the mirrors and tricks of lights come to the fore. Some things in our projects – which you would never realise have that connection – are tricks of light which we have borrowed from Soane.

I’m sure he’d take it as a compliment. Are there other art forms that you love?

I actually spend most of my time at the allotment, which is hysterical given that I ran away from rural countryside to the city. I live in Walthamstow and have two allotments. That’s really helpful as a balance to my design life. I spend a lot of time in our garden. I grow veg and lots of flowers.

Which are the architecture plus landscape pairings that really stand out to you?

How does your personal style relate to your work – could people guess you’re an architect from the way you dress?

I suppose I do look like an architect. I’m wearing big, black glasses, and I have a bald head. Quite often you’ll find me in a woolly jumper, but I do wear a lot of black though, I can’t deny it. The glasses have quickly become part of the uniform.

These would be Laura’s frames?

Yes, I went to look at her collection in St John’s Wood. I think I’d seen some of her frames on Instagram, probably on Ewan McGregor.

It was really fun trying on frames with her. These were actually the most statement pair, even though they’re black. They’re quite a look.

Is it the equivalent of buying one statement piece of furniture and letting it carry the room?

Yes, it’s like getting a Mies van der Rohe chair and you don’t need anything else. Especially for a baldy architect with no distinguishing features, it’s good to have something well designed and beautiful but not overpowering. 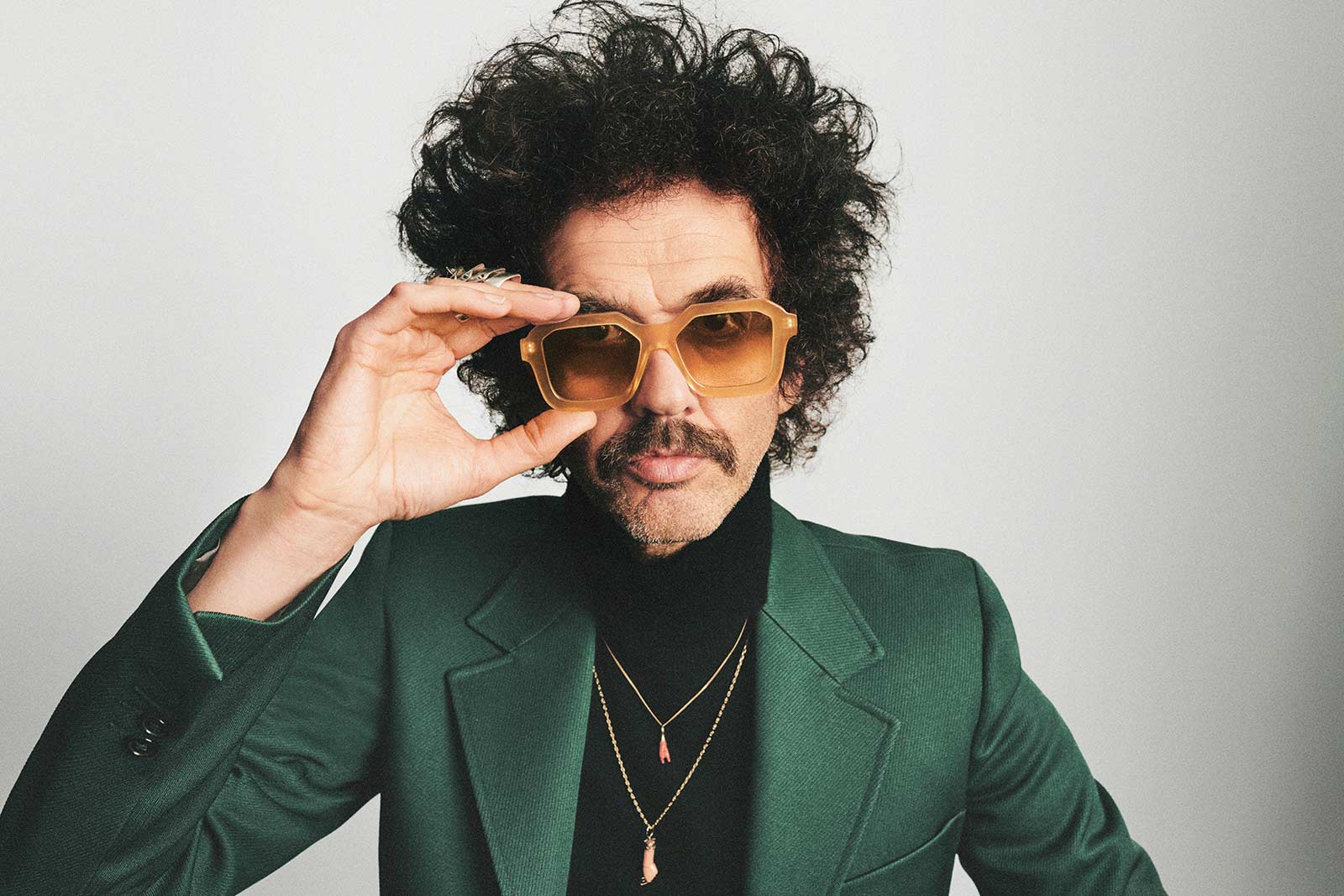 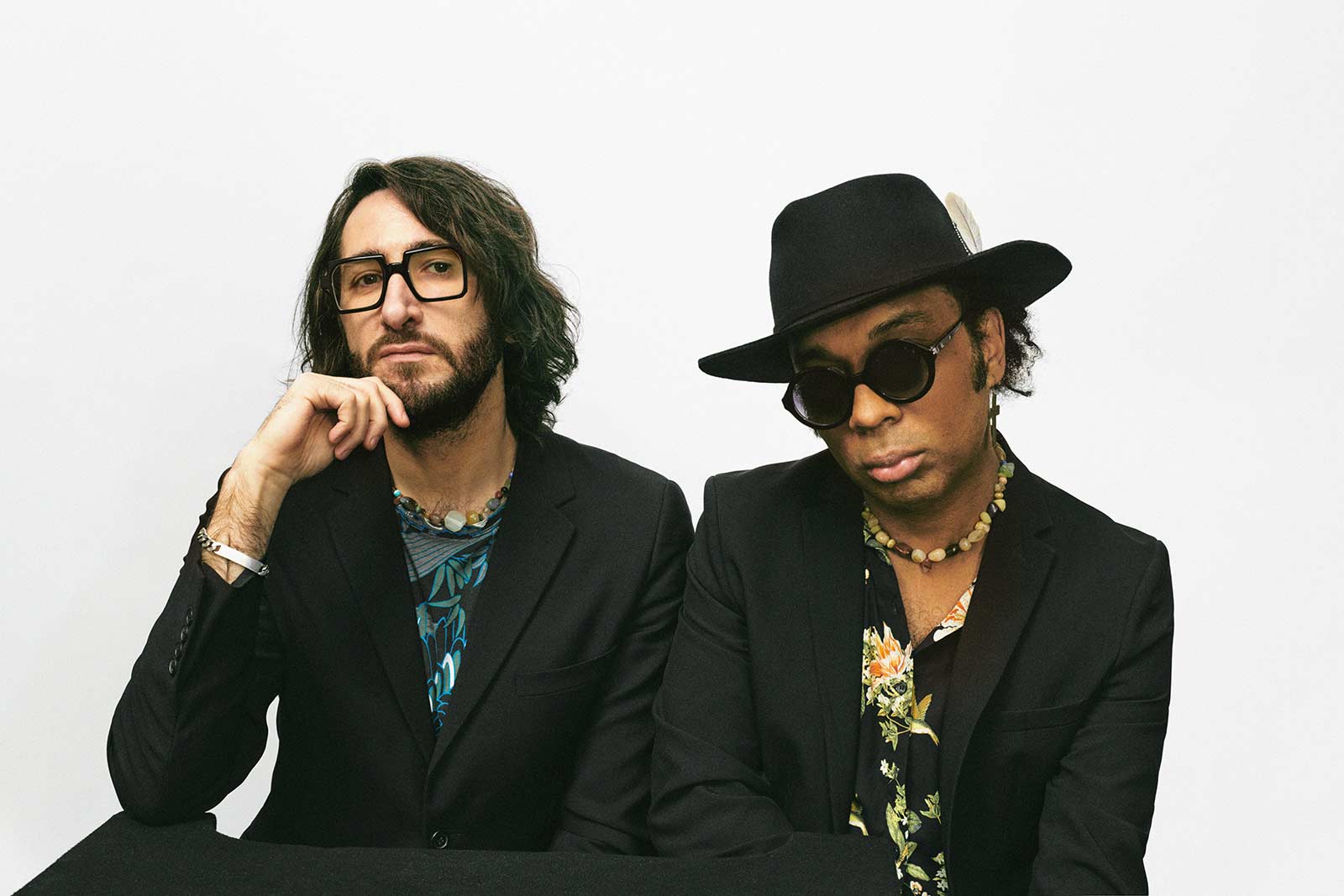 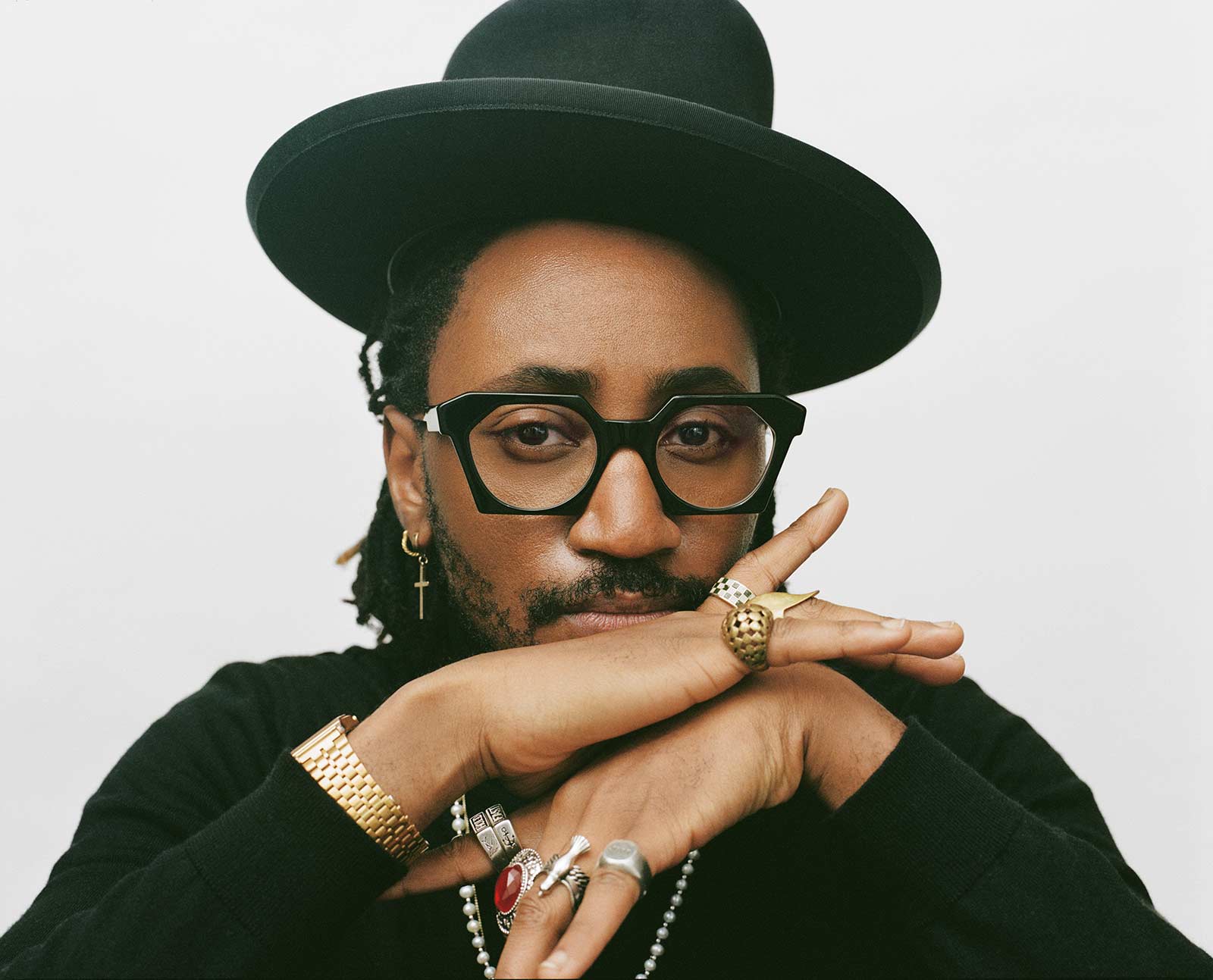 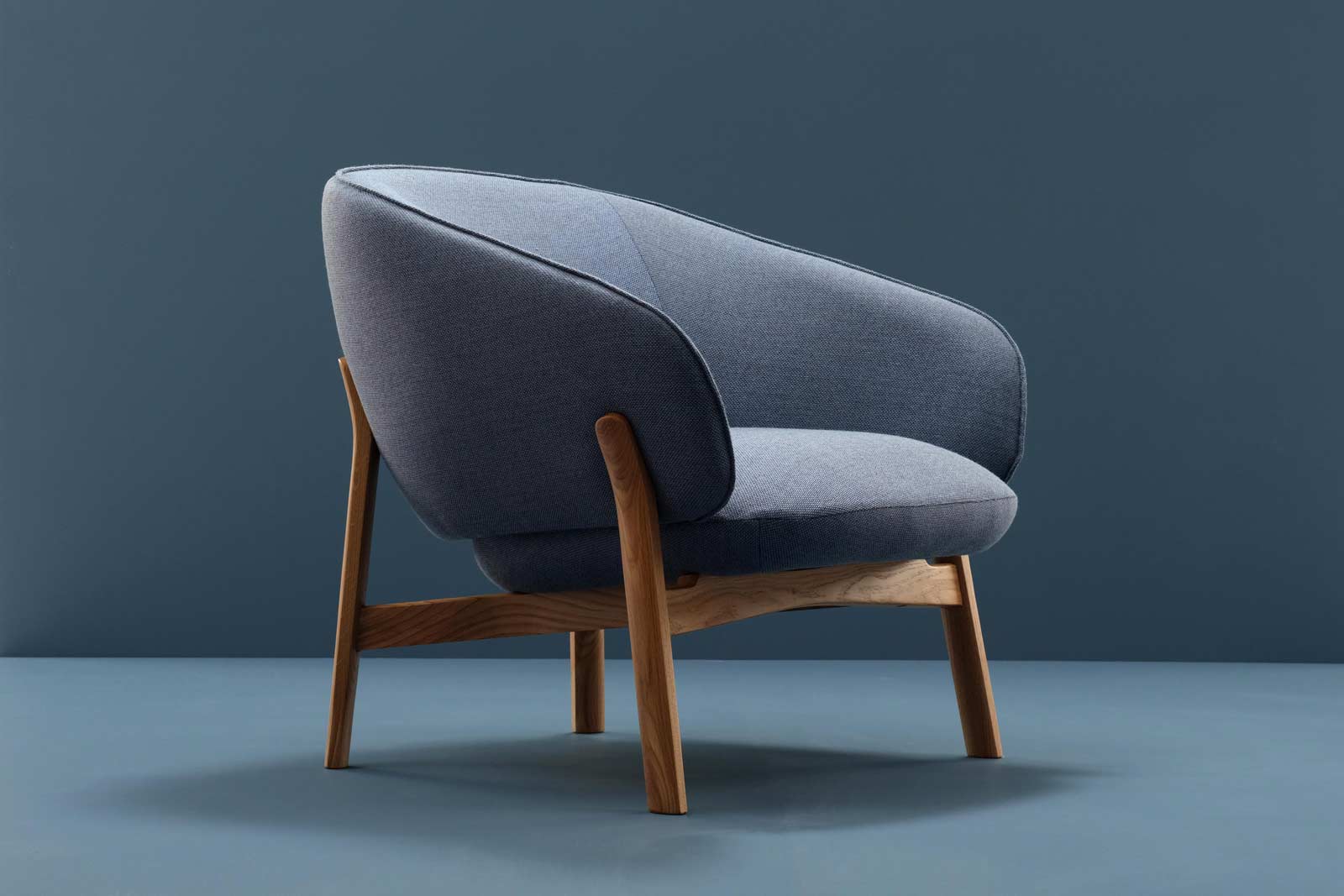